Lizzette is a Wanganui based ceramic artist, best known for her own brand of detailed clayart. Her  work has been exhibited in several places over the North Island, and she is a regular participant in the Wanganui Open Studios Art Trail.

Lizzette has been building and setting up Glue Pots and Lemon Drops Studio and Gallery since the turn of the millennium. She has been working on her own collections while also doing a number of commissioned pieces for a Hawke’s Bay Architect creating miniature replicas of their houses as gifts for their clients. At present Lizzette is in love with all things retro with a special focus on caravans finished in bright candy coloured underglazes. Her inspiration comes from nostalgic stories or memories of childhood camping holidays. All of the items she makes are handmade one of a kind pieces. In addition to nostalgia-inspired claywork Lizzette loves restoring classic caravans. She owns a 1963 Starlette named Penelope Pitstop and 1959 Auckland Caravan Company caravan dubbed Clara Clayborn, which are used in exhibitions in conjunction with her clay work. The model of Penelope can be recognised as the caravan used on the Heller’s sausage commercial on TV. As a finishing touch of the refurbishing the caravans are fitted out with authentic retro items Lizzette has collected.

Lizzette has worked as a ceramic artist and ran her own art and pottery boutiques since her early twenties. She was originally introduced to ceramics when she attended a night class at a local high school to keep her mother company. She remembers thinking at the time that “this is pretty easy, its just like play dough but you get to keep it!”. Within months of her first class, she had already set her first stall ”Flights Of Fantasy Clayworks” at Tauranga Harbourside Market for selling her work. Her work was inspired by mythological creatures, and the idea of freedom. Soon enough she had enough of the sedentary lifestyle of the markets and bought an old  bus that she converted into a quirky little shop with living quarters called Jeremiah’s. She packed her three children in and went touring arts fairs and markets throughout the North Island for many summers. To work on her pottery, she bought the buildings of an old movie set in Mangaweka and spent her winters making ceramic art in her studio and boutique Here Be Dragons, until her move to Wanganui. 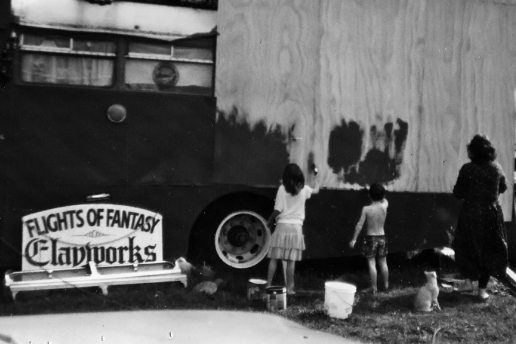 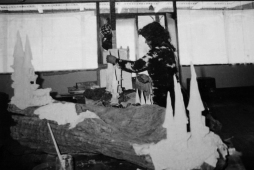 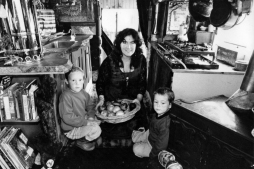 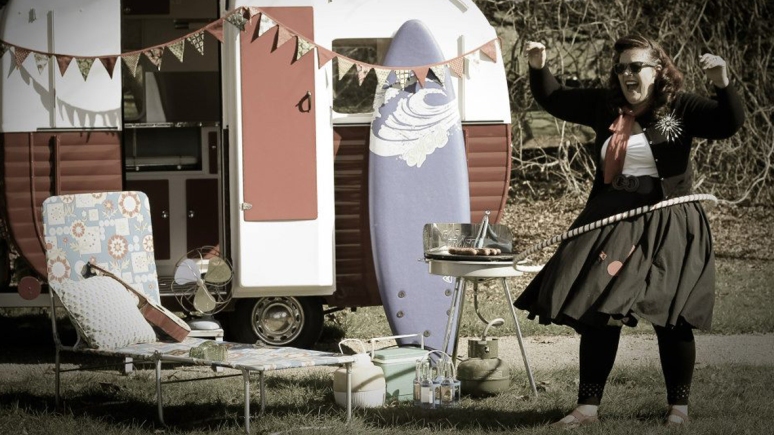